Mr. Podbelski began his career as a special education teacher at Durfee High School in Fall River, Mass in 2011. During his time in Fall River, he was a mentor teacher, class advisor, and fencing coach. In 2015, Sam moved to Boston to work as an English Language Arts and Social Studies teacher at Brooke Charter School’s East Boston K-8 campus. Later, he was selected to be a founding member at Brooke’s new high school serving as a humanities teacher and mentor teacher. In 2018, Mr. Podbelski was accepted to the Harvard Graduate School of Education’s School Leadership Program where he received his Ed.M. in Educational Administration. After earning his masters, Mr. Podbelski joined the Boston Public Schools as the Director of Instruction/Vice-Principal at the Henderson K-12 Inclusion School until being appointed as interim principal of the school during the 2021-22 school year. Mr. Podbelski holds a B.A. in both education and history from Roger Williams University in Bristol, Rhode Island. 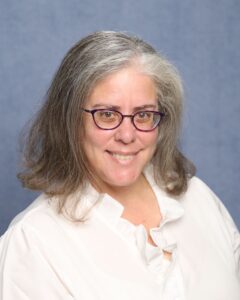 Mrs. Schoenbrun brings over 25 years of experience in education. She began her teaching career as an elementary teacher in Howard County, MD.  In 2017, Mrs. Schoenbrun joined Arlington Public Schools as a teacher at ATS and since 2018 she has been serving as the ATS Math Coach at ATS. Mrs. Schoenbrun has previously served as an Assistant Principal. She feels passionately about Arlington Traditional School, her own child went through ATS, and she served on the PTA Executive Board.